Disney has announced it will offer applications from all of its businesses on Apple’s new iPad, including an ABC Player app.

The new ABC Player app will allow iPad users to watch free, ad-supported episodes of 20 ABC programs via a Wi-Fi connection. iPad users will also be able to buy downloads of episodes through the iTunes store.

Disney Publishing Worldwide has built two original "Toy Story" read-along apps for the iPad with video from the feature films, karaoke and voice record features, along with a coloring feature that lets kids finger-paint on the screen.

"The iPad provides a very compelling consumer experience, and we are pleased to have new forms of original, interactive content on this great device," said Bob Iger, President and CEO, The Walt Disney Company. 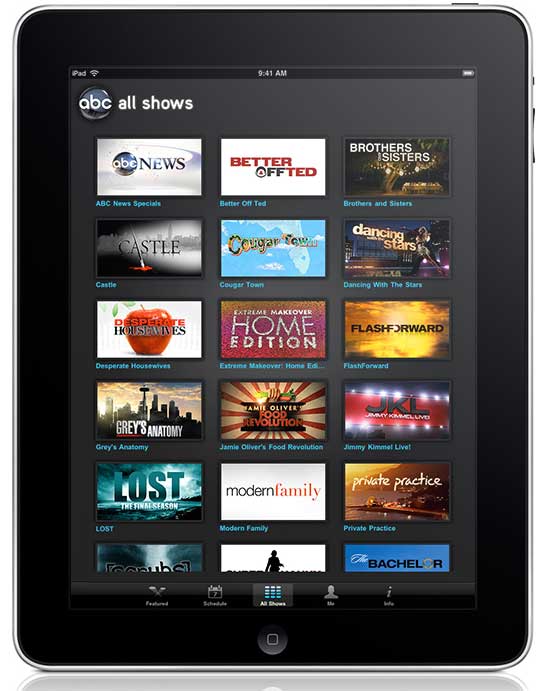 Disney is also offering content on the iPad from Disney.com, more than 500 Marvel comic books and content from ESPN.

The Marvel Comics App offers the option to preview three pages from each comic before making a purchase and a recommendation engine, along with a comic shop locator.

Hitwise Dubs Facebook "Most Searched On Brand In U.S."

Yahoo Entertainment For The iPad Debuts