According to the New York Times, Amazon is looking into building more hardware products beyond the Kindle, citing "people with direct knowledge of the company’s plans". These products would be aimed at making it easier to purchase Amazon content, such as ebooks, music, and/or movie rentals.

The industry has been waiting for Facebook to launch location/check-in features for the better part of the year, but now CNET reports that such features could be here within weeks, citing "multiple sources familiar with the matter". 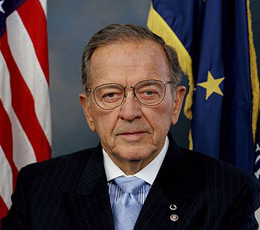 Former Senator Ted Stevens was killed in a Plane crash. As MG Siegler points out, the timing of this is somewhat odd, as Stevens is known around the web as the guy who described the Internet as s "series of tubes" in the context of net neutrality. Net neutrality is of course a big item in the news currently, as Google and Verizon have released a proposal. More on Stevens here.

IBM announced today that it has acquired Datacap, which it calls "a provider of software than enables organizations to transform the way they capture, manage, and automate the flow of business info". IBM intends to integrate Datacap within its ECM business, which is part of IBM’s Software Solutions Group.

Nieman Journalism Lab has an interesting piece looking at tiered data plans and the possibility that they may "water down" advertising possibilities for news publishers.

Malware reached its highest levels ever in the first six months of 2010, according to a new report from McAfee.

In the first quarter of next year, HP will release a webOS tablet, if what Engadget has learned is true. Employees from the company have reportedly revealed that the device, nicknamed internally "Hurricane" was revealed in a company meeting.

Netflix announced a new deal with Epix, which will give its users streaming access to more content from Paramount, Lionsgate, and MGM. Not to be outdone, however, Blockbuster announced that its mail subscription customers can now rent video games.

Why Amazon, Google and Facebook Will Drive More Online Sales for Businesses

Google To Move Ahead With Street View In Germany