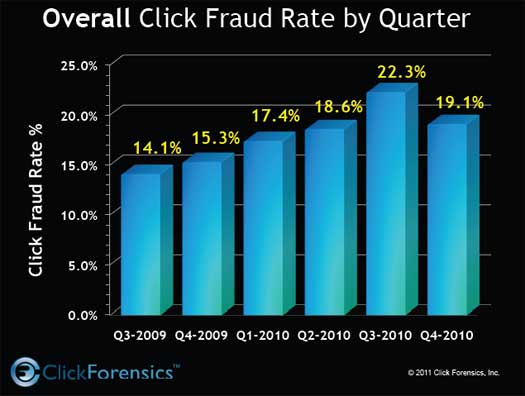 In Q4 2010, the countries outside North America producing the greatest volume of click fraud were Japan, the Netherlands, the Philippines, Sweden and France, respectively.

“We are investigating the malware-driven attacks in more detail, but early evidence points to an impression inflation scheme. It’s something we will examine more closely and report on later this year.”