Cisco has quite a large presence at the Consumer Electronics Show (CES) this year. The company is showcasing some interesting new video experiences at the event.

Today Cisco announced new customers, features, and professional service options for the Cisco Eos social entertainment platform. The company also announced that it is providing a medianet (a media-aware IP video network infrastructure) to NBC during the network’s coverage of the 2010 Vancouver Olympics Winter Games, February 12-28. 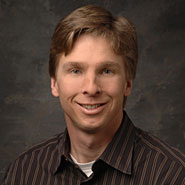 "Video is rapidly expanding from a lean-back experience confined to the living room, to a new breed of exciting video experiences available on any device or screen — anytime, anywhere," said Ned Hooper, chief strategy officer and senior vice president, Consumer Business at Cisco. "The network is the platform to make this happen, and as a result, we are enabling new experiences that allow consumers to easily capture and share their lives and connect with the people and content that matter most to them."

Cisco also announced today its data for Flip Video obtained during the 2009 holiday season, which highlights huge growth in video usage over the past year. The company says, "There were more than one million Flip Videos uploaded through FlipShare software in December 2009. These uploads represent three million minutes of Flip videos viewed, which is equivalent to more than six years of continuous video streaming, representing an increase of 395% from December the year before. In addition, there were 42,000 gigabytes of video streamed in December, up from 525% the year prior, indicating an increase in HD video usage."

Cisco says it will be sharing its vision and progress towards developing an "entirely new category" of video communication called “home telepresence”, while at CES. This uses consumers’ existing HDTV and broadband connection to deliver a unique natural video communication experience from the living room, according to the company.

"With Cisco’s best-in-class telepresence technology and networks such as Verizon’s advanced, all-fiber-optic network, we believe we will deliver a video communication experience to consumers unlike anything they’ve seen before," said Marthin DeBeer, senior vice president and general manager for Cisco’s Emerging Technologies group. "Home telepresence will make a difference in consumers’ lives by allowing them to enjoy natural video communications with family and friends wherever they are located. To ensure that early home telepresence users will have plenty of friends and family to communicate with, in addition to calling other home telepresence users, they will be able to place calls to PCs using a webcam and video chat service."

More details about Cisco’s announcements can be found here and here.

> CES About to Kick Off the Year in Technology

> The Truth About CES

> Looking Back on CES

CES About to Kick Off the Year in Technology