Given the way in which the iPad’s dominated this week’s tech news, rumors about all other sorts of touch-sensitive technology were bound to spread.  Still, there may be something to the excitement about Chrome OS responding to touch, as a Google employee sort of set off the hubbub. 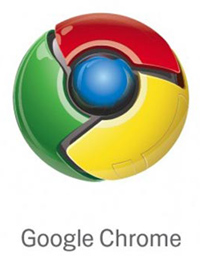 Here’s a disclaimer: what was said today didn’t come near a definite "yes, we’re working on that."  It might have just been a sort of spoken misstep, and the most promising-sounding part may have been a sign of optimism not meant to signify any definite product plans.

According to Dan Grabham, Sandholm looked at a PR rep, "chuckled nervously," and said, "I can’t . . . I mean . . . right now we are targeting netbooks, that’s what we’re focused on, but I expect it to work well . . . we expect it to target everything up to desktop computers."

So take that as you will.  At the least, the interest in Sandholm’s comments has demonstrated that there’s an interest in a some sort of Chrome tablet or touch PC.

> Google To Show Off Chrome OS This Week

Laws Banning Cell Phone Use While Driving Have Little Impact