For familiarity’s sake, the studio responsible for the cardboard flash drives also developed the Optimus Maximus keyboard, the digital keyboard where the keys act as programmable displays instead of predetermined characters. Having conquered cool keyboard development, the studio has turned its sights towards portable storage, a field that’s already littered with tons of mash-ups and modifications.

Instead of creating another Darth Vader flash drive, the creative team went another, unexpected direction — cardboard — and the results are impressive. Unfortunately, however, the site doesn’t reveal much about these drives. True, the site is presented in the Russian language, but even after Google Translate does its thing, the information isn’t exactly overflowing.

Thanks to the Technabob.com blog, however, there’s at least some information about the nifty drives available:

What you are looking at is a block of four cardboard disposable flash drives that have different amounts of storage on them. You just rip one off when you need to store data or share data with someone and they can slip them into a USB port to read the data.

Unfortunately, however, Technabob indicates the cardboard drives are only usable once. 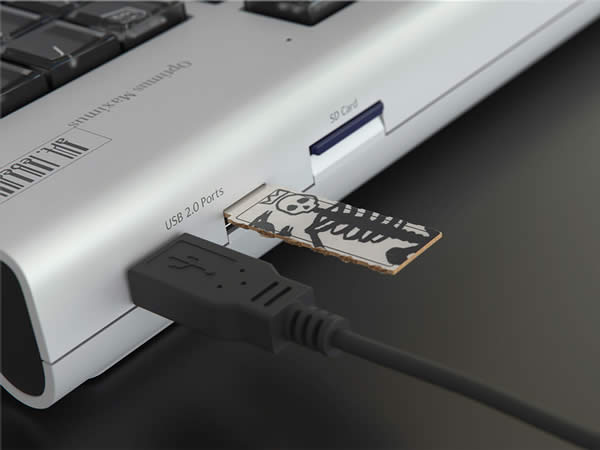 With that in mind, at least the cardboard case allows for personal expression, and/or, easy labeling. There’s also some question as to whether or not these devices are simply concept pieces or will they be available to the public. While the Technabob piece discusses pricing, no amount was given on the blog post or at the Art Lebedev Studios website.
Share This
Previous Article