In the minutes after President Obama announced to the world that Osama Bin Laden had been killed in a U.S. led military operation, it was revealed that a 33 year old Pakistani man had unknowingly live tweeted the event. Sohaib Athar, a programmer and consultant, tweeted about the helicopter raid of Bin Laden’s compound from about a mile and a half away.

@ReallyVirtual
Sohaib AtharA huge window shaking bang here in Abbottabad Cantt. I hope its not the start of something nasty :-S

@ReallyVirtual
Sohaib Athar@kursed Another rumor: two copters that followed the crashed one were foreign Cobras – and got away

@ReallyVirtual
Sohaib AtharI need to sleep, but Osama had to pick this day to die :-/

@ReallyVirtual
Sohaib AtharUh oh, now I’m the guy who liveblogged the Osama raid without knowing it.

Since then, he has become an instant sensation, a hero for the unwitting citizen journalist if you will, as well as an example of the news value of social media like Twitter. The instant fame looks to be taxing on Athar, as instant fame is to anyone:

But he seems good natured about it all in an interview with CNET. In this interview he discusses the night of Bin Laden’s death as well as the aftermath – for him and for Pakistan. He says that he has at least 120 unread interview requests in his inbox just from one day, but he talked to CNET because of how helpful download.com has been to him in the past.

Athar weighs in on the debate that is heating up in America – whether the White House should release the Bin Laden death photos. He disagrees with President Obama:

Yes, definitely. The world deserves to see it. An “Osama II: The Return of Osama”-type scenario will always be in the back of their minds otherwise.

His commentary on U.S. – Afghani foreign policy paints a pretty bleak picture on how lack of info and transparency can lead to the engendering of radical thoughts:

Since I moved to Abbottabad, I have tried to reduce the number of things that I should be concerned about and have tried to focus on things that I can actually change. I can’t change the U.S. Afghan policy (or the AfPak policy as they are now preferring), so I spend more brain cycles thinking about how I can help my immediate environment. In Pakistan, the only information we get is X people killed by drone, out of which Y are assumed to be terrorists. That is not good enough for public approval of the U.S. policies here in Pakistan.

Us Pakistanis are kept in the dark by both Pakistan and the U.S. regarding the true picture, so most of us resort to agreeing to one conspiracy theory or another–which helps the terrorists’ causes.

He also discusses how he and the Pakistani people feel about the U.S. operation that happened on their soil:

Regarding the event itself, there is still confusion regarding whether or not the Pakistani authorities assisted in this particular operation–which is the main point that has been bothering the Pakistani people. If this was done by approval of the Pakistani Army, and if the Pakistani sovereignty was not violated, then most of the average Pakistani people would probably be more relaxed. Had it been someone else besides Osama, they’d be just as agitated to hear of an unauthorized attack by a foreign force.

Some more tidbits from the interview: He confirmed that he has gotten marriage proposals via Twitter, and says that he has room for three more wives. When asked if he was joking, he says only halfway. He can only take one more. 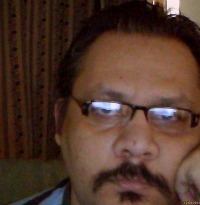 He also states that as far as he knows, he is the first person in Pakistan to surpass 100,000 Twitter followers. As the writing of this article, he has amassed just over 105,000.

He moved to Abbottabad from the more urban city of Lahore, partially due to the weather. Abbottabad is a popular tourist location because of its temperate climate. Other reasons he moved include less power failures (although that has changed since Sunday), cleaner air and less traffic.

Sohaib Athar’s unlikely rise to fame can be used to make a lot of morals to a lot of stories. I believe that the most important one is that everyone really is a reporter. Everything you record might be something huge, and with the permeation of social media now happening worldwide, the chances of Athar’s instant rise to fame repeating itself for some other unknowing micro-blogger are very, very good.

May 5, 2011
Latest Posts
Registration is disabled.