Today at the Apple Worldwide Developer Conference in San Francisco, after the unveiling of apps for Netflix, Farmville and Guitar Hero, Steve Jobs unveiled the iPhone 4, just as everyone expected him to.

Features of the device (based on these liveblogged notes from the keynote) include: 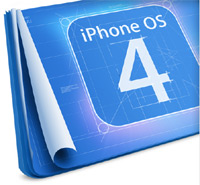 Apps for iMovie (video editing) and iBooks, as well as Apple’s advertising platform iAds (going live on July 1) were also demonstrated. We will no doubt have a more official rundown of the new iPhone and its features before long.

The iPhone OS has now been renamed iOS, with this one being called iOS 4. This makes sense, since the operating system is on more than just phones.

Netflix, Farmville Coming to the iPhone