Apple event invitations have been sent out for March 2nd. News of the event leaked out yesterday, but now it’s official, as reporters have started receiving their invitations.

It will take place at 10am Pacific on March 2nd in San Francisco at the Yerba Buena Center for the Arts.

"Come see what 2011 will be the year of," the invitation teases, with a big picture of an iPad hiding behind a calendar page displaying a big number 2. 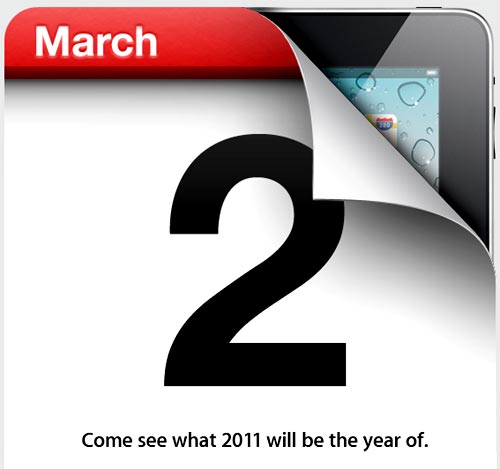 Recent reports have indicated that the next iPad will be available through both AT&T and Verizon, and will be thinner, lighter, and will have at least one camera on the front, as well as more memory, and a more powerful graphics processor.

Since its release, the company has reportedly sold about 15 million iPads.

FTC Cracks Down On Mortgage Spammer