The Symbian platform has 54.4 percent of the smartphone market in Western Europe, according to a new report from comScore.

Even with Symbian’s continued growth in the number of smartphone subscribers, its market share has decreased as growth in the Apple OS and Android platform has risen in the past year.

Apple trails Symbian with 19.2 percent of the Western European smartphone market, followed by Microsoft (11.6%), RIM (8%) and Google with 6.1 percent. 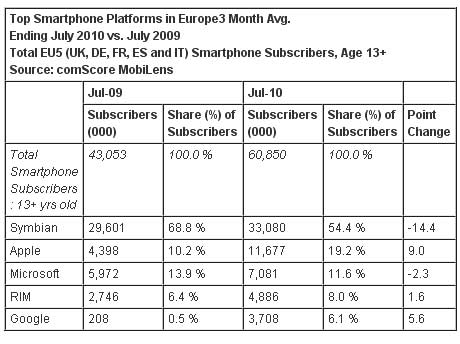 Smartphone adoption in the EU5 (U.K., France, Germany, Spain, Italy) has grown 41 percent in the past year to 60.8 million subscribers. Currently, more than one out of every two smartphones is a Nokia manufactured device, although Nokia accounted for more than two out of every three smartphones a year ago. 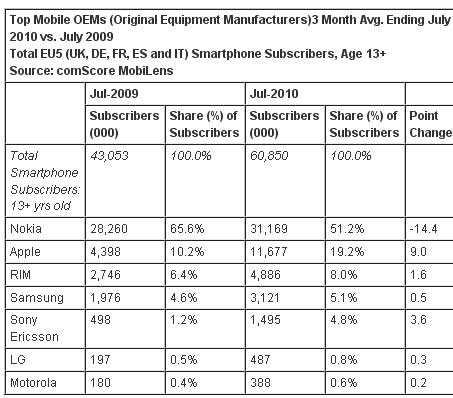 "Nokia is still the clear leader in the European smartphone market and as the eagerly anticipated N8 launches, all eyes are on Nokia," says comScore European VP Mobile, Jeremy Copp. "

“While Nokia has made great strides with offerings such as the Ovi Store and Symbian 3, the pressure is on to reclaim valuable market share. By innovating and bringing new phones to market for a wide variety of audiences, Nokia’s future is not predicated on the success of one handset alone."

Google Works on White Spaces Trial for Hospital in Ohio