Millennial Media, which claims to have the largest data set of any third-party U.S. mobile ad network,  reports that Android revenue exceeded iPhone-only revenue for its network. Android requests grew by 26% from the previous month,and 1283% since January.

Apple, which has been the leading device manufacturer on the firm’s network for the last year, accounted for 0% of impressions in September. iPad revenue growth increased 316% in Q3, with impression growth increasing by 156% in the same period. This comes as Apple just posted its own highest revenue of all time, and record iPhone and iPad sales.

Here are the top manufacturers and devices for the month, according to the firm: 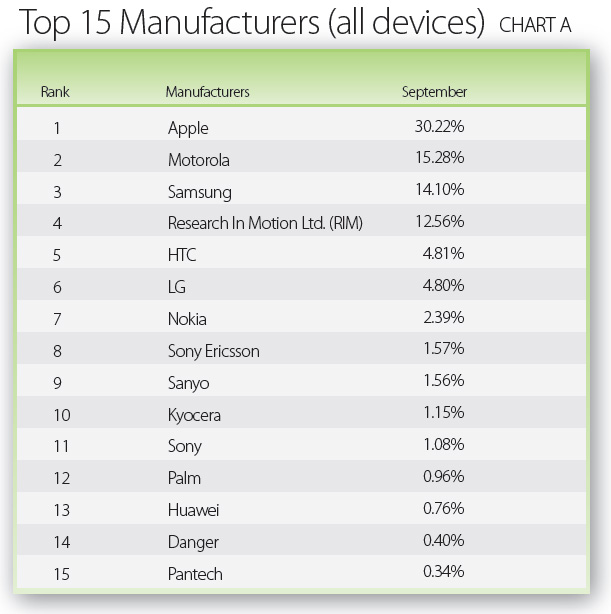 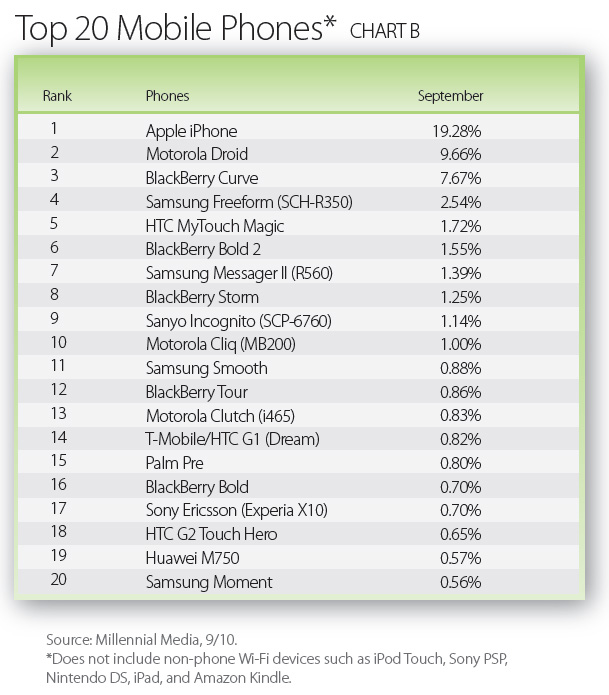 As you can see, RIM devices represented 5 of the Top 20 Mobile Phones. The BlackBerry Curve has been number 3 for two months in a row now. Meanwhile, Motorola moved up over Samsung to the number 2 spot on the manufacturer list.

The top 4 connected devices were the iPod Touch, iPad, Sony PSP, and the Sony PS3.