“Remember, remember the fifth of November.”

It’s these words that mark the beginning of V for Vendetta, the 2006 film inspired by Alan Moore’s graphic novel of the same name. In it, an anarchist fights to bring down a fascist UK government. The man, V, wears a mask inspired by Guy Fawkes, a Catholic terrorist that attempted to blow up the British parliament in 1605.

Since the film came out, hacking collective Anonymous has adopted the Guy Fawkes mask as their identity. The group has also co-opted the already existing Guy Fawkes Day on November 5 as their own personal day of mass protests and hacking attacks. The group has already begun a number of attacks and leaks and the day is not even half-over yet.

The big one is a supposed PayPal hack that has left 28,000 account passwords exposed.

Paypal hacked by Anonymous as part of our November 5th protest https://t.co/Aknq3hZa#5Nov

Reply  ·  Retweet  ·  Favorite
11 hours ago via web · powered by @socialditto

The Next Web reports that all of the links to the PrivatePaste pages containing the passwords have been shut down for now. Anonymous will undoubtedly post the account details on other Web sites in the near future. As for PayPal, the company’s head of PR has said there’s no evidence of a hack.

As for defacements, The Examiner reports that Anonymous defaced NBC’s Saturday Night Live Web site and a Lady Gaga fan site. The group replaced the pages with the Guy Fawkes nursery rhyme that became world famous thanks to the V for Vendetta film. BetaBeat has images of the defacements as the Web sites are now back up in working order.

Anonymous is also organizing a number of protests around the world today. In Britain, the group will march on parliament to reenact the final scene from the V For Vendetta film, minus the explosion.

The group has also made known its intentions to march on the White House and governmental buildings in Canada. The latter may be difficult as Canada has just passed a law banning the use of masks during riots and unlawful protests. Using a mask during unlawful protests is now punishable by up to 10 years in prison according to CBC.

Finally, members of Anonymous and the general public have already taken to Twitter to make 5th of November a global trend. Most are just quoting the rhyme, but some are being unique:

It the 5th of November. Brace yourself for everyone’s knowledge of Guy Fawkes Night based off of V for Vendetta.

You’ve got my family to thank for Bonfire night.Yes I am a descendant of a Catholic Terrorist!Remember remember the 5th of November.Kaboom! 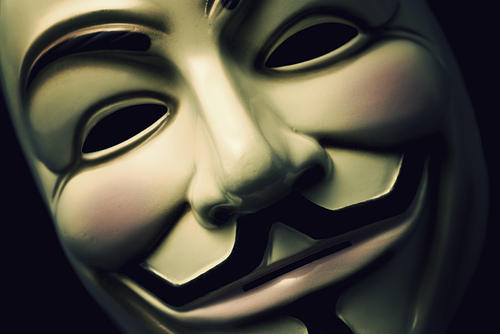 There will undoubtedly be more Anonymous action throughout the day. We’ll bring you any and all updates as they occur.

YouTube Calling on Citizen Journalists to Document Their Vote