Android, iPhone Data Use Is Exploding

It’s no secret that Americans love their smartphones. In fact, most of them would probably be lost in a sea of boredom and confusion if they were separated from them for a day. One report suggested that 50% of people aged 18-34 own a smartphone, and that number is on the rise. In that same survey, 60% of people would give up TV before giving up their smartphones.

One in three would even give up chocolate, forever, to keep their smartphones. 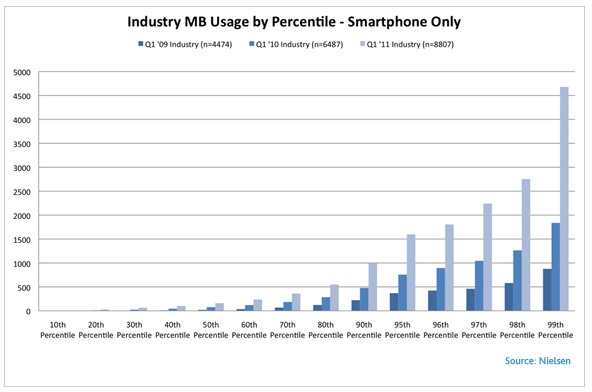 It looks like the giant app stores available to iOS and Android users are to blame.

The study also reports that cost per MB has shot down to 8 cents this quarter compared to 14 cents back in Q1 of 2010.