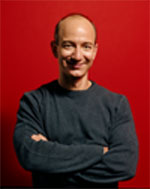 "And Kindle owners read, a lot. When we have both editions, we sell 6 Kindle books for every 10 physical books. This is year-to-date and includes only paid books — free Kindle books would make the number even higher. It’s been an exciting 27 months."

Amazon said it expects its operating profit for the first quarter of 2010 to be between $275 million to $365 million, on revenue of $6.4 billion to $7 billion, for growth between 32 percent and 43 percent.

Shares rose 3.7 percent in after hours trading to $130.41 signaling investors were pleased with Amazon’s Q4 results.

> Amazon Kindle Publishers and Authors to Get More Royalties

Is The Viral Video