Alibaba CEO and COO Step Down

According to reports, Alibaba CEO David Wei and COO Elvis Lee have both resigned, following findings of fraudulent activity among thousands of sellers.

Neither executive was found to be actually involved in the fraud, but the company found a significant increase in claims against particular sellers over the last year.

In a statement, Alibaba said it "confirmed that Mr. Wei and Mr. Lee and other members of senior management were not involved in any of the activities that led to the claims by buyers against fraudulent suppliers and management made good faith efforts to address the problem," the company said in a statement."However, our board has accepted Mr. Wei and Mr. Lee’s wish that they take responsibility for the systemic break-down in our company’s culture of integrity." (Via Dow Jones Newswires/Wall Street Journal)

Jonathan Lu, who is the CEO of Alibaba Group’s Taobao, will now run both Alibaba.com and Taobao.com. He said customer growth and robust long-term revenue are both expected.

Last month, Alibaba announced plans to build a network of warehouses across China, and drive major investment in logistics in that country, with the aim of allowing merchants to meet growing domestic consumption. 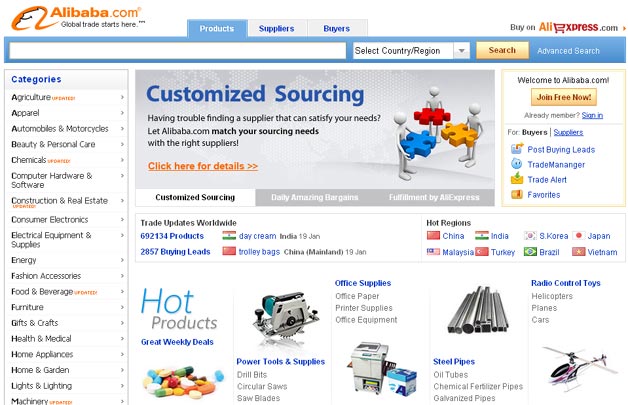 If Google Tweaked Its Search Results ...