Fifteen percent of social media users in the U.S. are more likely to buy brands that advertise in that  medium, representing slightly more than 30 million people 13-80 years old, according to a new study by Knowledge Networks and MediaPost Communications. 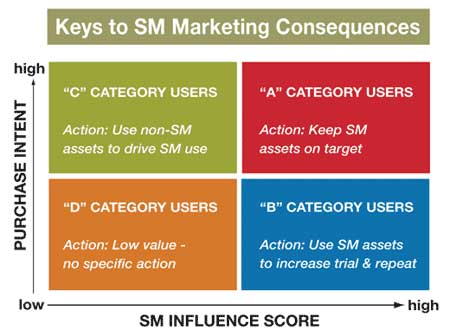 Among 13-to-54-years-old smartphone users who have apps on their phone, almost a third (32%) say they are more likely to purchase the brands that advertise or have a marketing message in the app. Nearly three quarters (70%) of them say ad are a fair price to pay compared to social media’s 59 percent.

Ads within apps also appeal to smartphone owners between the ages of 13 and 54, with 40 percent saying that ads they see while using their smartphones are usually relevant to their "needs and interests."

"We have learned that as social media usage has become nearly universal, its influence on inclination to purchase cannot be ignored," said Patricia Graham, Chief Strategy Officer of Knowledge Networks.

"Yet, we also see that the level of social media influence on categories varies widely.”

“Marketers can expect more impact reaching social media users via mobile, based on these new findings," said Chuck Martin, Director of the Center for Media Research at Media Post Communications.

"As more people move to smartphones, there will be an increased opportunity for advertisers to improve their reach to consumers with increased relevance."