A Few Pointers for Effective Mobile Marketing
There’s no question that mobile is getting bigger, and is becoming an increasingly important channel for businesses to reach customers.
We had a conversation with Tim Nguyen, a sales manager for mobile marketing firm Trumpia, which has worked with plenty of small and large businesses in assisting them with utilizing mobile marketing to drive traffic and revenue.
"One of the most unique mobile marketing campaigns we have been a part of [is] definitely our recent work with Sony Pictures’ new movie, Takers," says Nguyen. "This was unique in that we were not only working with one of the biggest companies in America, but we also had T.I., a very influential cast member and musician heavily promoting the campaign."
As the company said in a blog post about it, Takers had thousands of people text in their mobile keyword  in les than a week, to enter a giveaway for tickets to a private screening of the film. Trumpia called this "a testament to how quickly and effective mobile keywords can be when marketed correctly." 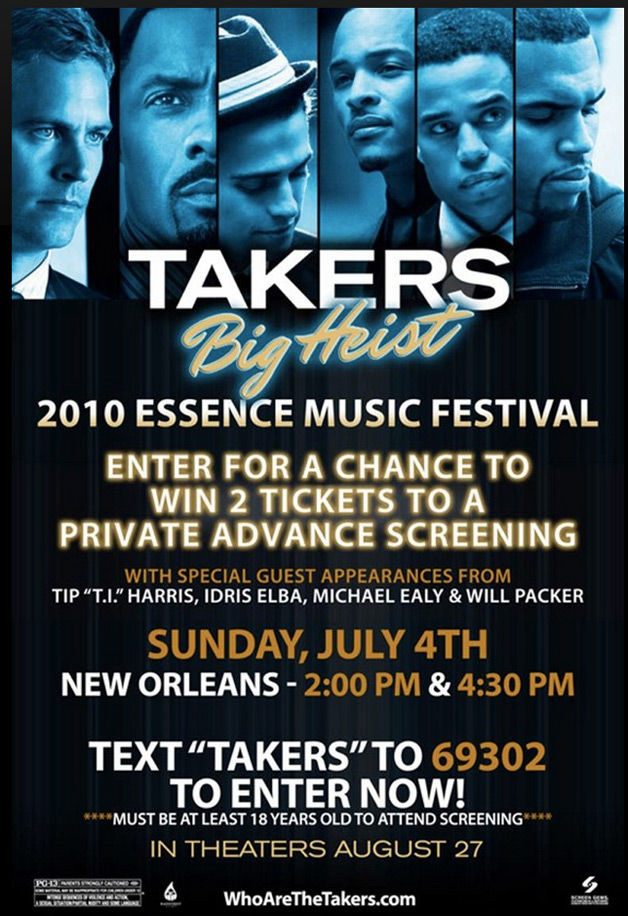 The campaign manager called it a huge success, saying, "After a quick export and some segmentation we were able to see where people were visiting New Orleans from. Using users area code we were able to see what state they originated from, giving us a much deeper analytic view for our client."

That is certainly an added benefit to this kind of mobile marketing.
"Mobile Marketing much like any type of marketing will be ineffective if you are not providing substance or something of interest to your targeted market," Nguyen tells us. "Therefore, really to be effective you have to be cautious with what you’re texting to individuals and make sure the message is relevant and carefully thought out."

"Really no difference between the two because large or small they are trying to accomplish the same thing which is to bring in more revenue," says Nguyen. "This can easily be done assuming your marketing campaign is strong enough that it drives individuals to act upon your offer."
As far as advice for the small business with a tight budget, Nguyen says, "Don’t hesitate to go mobile! Often times mobile marketing will be much cheaper than print ads, paid advertisements, mailers, etc, so one you will be saving money by going mobile."
"Two, text messages are delivered in real time and go directly to cell phones, which almost everyone in the United States has," he adds. "Therefore text messages will be read immediately and delivered straight to the source to increase conversion and the effectiveness of your marketing campaign."
He says that typically, not all businesses should worry about having their own mobile apps, because they can be expensive to develop. That doesn’t mean you shouldn’t be taking advantage of other existing apps. He names Facebook, Twitter, and Foursquare as places for your business to be found in apps. I’d suggest that you explore some app stores and see not only which apps are most popular, but which ones offer services that you can practically apply a use case for your business to.
"Mobile marketing is really on the rise, and at the end of the day it really is the most effective means of communicating with individuals today," says Nguyen. "You have to consider that almost every individual has a cell phone, which they check almost religiously! So it is impossible for someone to say they didn’t receive your message or didn’t know. Mobile Marketing is extremely effective in that it’s easy to reach individuals immediately and effectively, at much lower costs than other marketing streams. I’ve never known a business [to] say no to a more effective way of marketing while at the same time saving money, it really is a business owners dream come true!"
Have you found creative ways to use mobile marketing effectively? Tell us about them.
Share This
Previous Article

Google Rolls Out AdWords Campaign Experiments Across the Globe