Google sites ranked at the top of the list by a significant margin, just like usual. Hulu was next in line with about a 12 million video difference. Google sites accounted for nearly 40% of the market share, with Hulu accounting for 3%. Here’s the top ten: 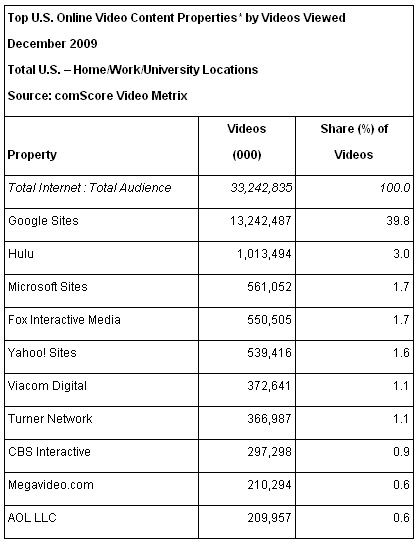 According to comScore, users watched an average of 187 videos per viewer in December. That works out to be roughly 6 a day.

> Google To Get More Interactive With Mobile Video Ads