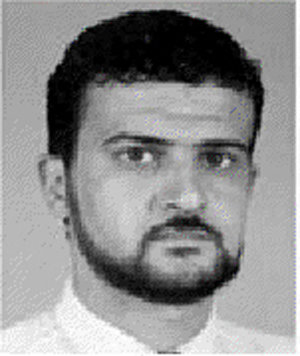 According to CNN, U.S forces have captured Abu Anas al Libi, in Tripoli, Libya. Al Libi is said to be a key Al Qaeda operative and had been wanted for his role in the bombing of the U.S. embassies in  Dar es Salaam, Tanzania; and Nairobi, Kenya. The bombing in Nairobi killed more than 200 people and wounded another 5,000. The blast in Dar es Salaam went off synchronously , leaving 11 people dead.

Its been well over a decade since U.S. officials have been searching for al Libi. The government even put out a $5 million reward leading to his capture,  on charges of murder, destruction of government property, destruction of U.S. defense utilities and conspiracy to kill U.S. nationals.

The 49-year-old fugitive, whose birth name is actually Nazih Abdul-Hamed al-Ruqai,  is said to have also attempted to establish an al Qaeda presence in his native country of Libya, and according to western intelligence sources, al Libi appears to have been in the country in 2011, around the time Moammar Gadhafi was ousted.

Al Libi is also known to be a key ally of Osama bin Laden and al Qaeda’s most capable operative. In 2000, the police raided his home in Manchester, England, and found documents detailing plans to destroy various embassies. The documents became known as the “Manchester Manual”. He fled England and had since been at large till now.

His capture marks the most significant victory against al Qaeda  since the killing of Osama bin Laden, two years ago.

"Legend of Korra" Taking Off in New Season