Politicians who don’t use Twitter may soon receive a visit from Adam Sharp.  Sharp announced this afternoon that he’s been hired by Twitter to represent the company in Washington, D.C.

We first discussed this position when Twitter put up a job posting in early June, and it doesn’t look like the role’s changed much since.  Sharp’s duties should involve promoting Twitter more than shaping government policy to favor it or anything like that. 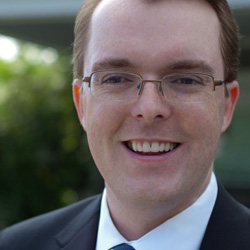 Still, however hands-off his approach, this development does signal some big changes at Twitter.  It’s joining Facebook and Google in the "tech companies with D.C. staffers" club, and making a special effort to introduce influential people to its site.

Sharp’s first official day on the job will be November 29th.  Longwinded and/or technophobic politicians, look out.