Coinstar’s Redbox announced today that it is has started rolling out Blu-ray rentals. The company says titles will be available at 13,300 kiosks nationwide.

"Offering Blu-ray rentals is an exciting opportunity for redbox to expand our product offerings and build on the relationships that we’ve established with millions of consumers nationwide," said Mitch Lowe, president, redbox.  "Redbox is a convenient, affordable home entertainment provider and we’re delighted to offer consumers their favorite movies on the increasingly popular Blu-ray Disc format." 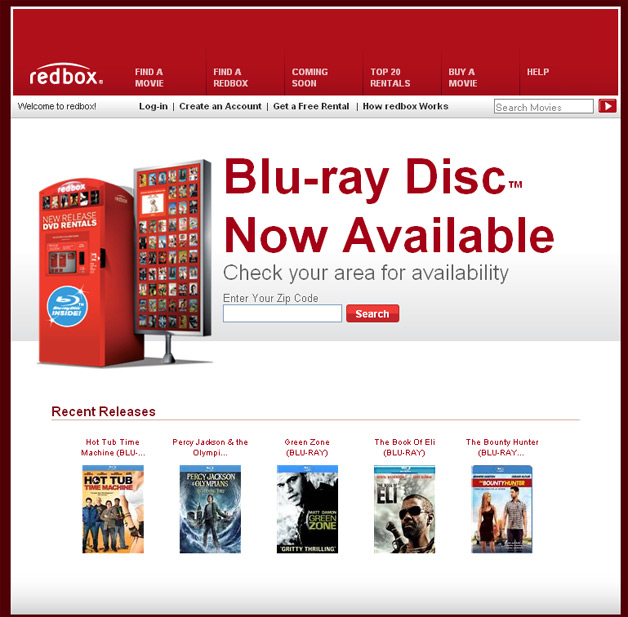 "According to a recent report by the Digital Entertainment Group, sales of Blu-ray players increased 103 percent in the first half of this year," the company noted in its announcement. "The sale of almost two million set-top players during this time has increased the total number of Blu-ray players sold to an estimated 19.4 million, resulting in more consumers entering the Blu-ray rental market."

Redbox recently made public intentions to use a web service to expand its library, which would make it a much bigger competitor to Netflix. That appeared to be mostly forward-looking, however. It’s hard to say when that will happen, and what its offerings will be exactly.