The Open Internet Coalition launched a new "Protect the Net" campaign at the Consumer Electronics Show (CES) in Las Vegas. The idea is to build on growing support among technology innovators for protecting the open Internet, the coalition says.

"Many of the hottest new technologies showcased at the CES are only possible because the open nature of the Internet enables innovation without permission," said Markham Erickson, Coalition Executive Director. "The Federal Communication Commission’s effort to ensure the Internet remains open is critical for consumers, and for entrepreneurs whose new products and services will unleash the next wave of investment and economic growth."

The Coalition is distributing buttons and laptop stickers throughout the CES event, with a quick response code. When captured by a reader on a mobile device, the QR code will launch a webpage, which allows users to add their names to a petition supporting the FCC’s proposed rules for maintaining an open Internet. 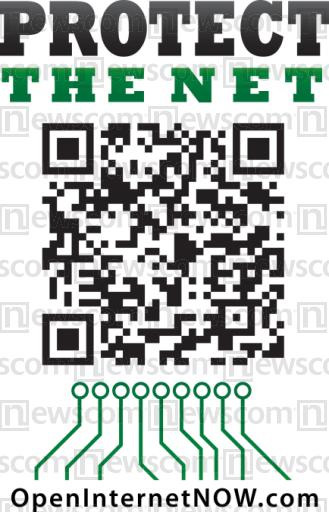 The Coalition has provided steps for those using iPhone, Android, and BlackBerry devices:

3. Select an app and install. We recommend QuickMark, but all QR Code Reader apps should work

1. Find the Android Market icon on your Android Phone

3. Select an app and install. We recommend the free "BarCode Scanner", but all QR Code Reader apps should work

3. Once installed, open the BlackBerry Messenger app, choose "Scan a Group Barcode" in the main menu and hold your phone over the code.

More about the FCC’s proposed rules can be read here.