Many people laughed when Microsoft chose to call Bing a "decision engine," but the logic behind that name was apparent today when Microsoft exec Yusuf Mehdi spoke at the TechCrunch Disrupt conference.  Mehdi indicated that he thinks Google Instant represents a step in the wrong direction.

Mehdi, the senior vice president of the Online Audience Business, said according to Juan Carlos Perez, "Both companies are focused on the notion of improving [search] performance for people.  Where we’re different is that for us it’s about speed to task completion.  It’s about getting what you want accomplished, it’s not about getting a lot more results."

That’s a smart concept.  Think of it this way: it’s nice when a mechanic knows the make, and model, and year of your vehicle and orders parts accordingly.  It’d be less helpful if he showed you a selection of parts for all cars of a certain make and all cars of a certain model year before landing upon the right thing. 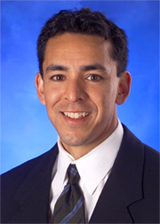 Of course, in practice, Google Instant can save people a few keystrokes, and it’s possible for Google users to just turn the feature off, as well.

Anyway, Mehdi’s comments are reminiscent of something Shashi Seth, the senior vice president of Yahoo Search Products, recently said, so it looks like neither Bing nor Yahoo is too jealous of Google’s tech.

As for a couple side projects Bing is working on, Perez wrote, "Mehdi also showed Bing’s upcoming home page, viewed with the company’s latest browser IE 9, streaming a full-screen video of whales swimming in the ocean . . . .  He also showed the ability for people to zoom deeply into a Bing full-screen background image of Mount Rushmore."

Brick and Mortar Retailers Will Benefit from Online Inventory Listing