More than 180 million U.S. Internet users watched online video in March, according to the latest research from comScore.

YouTube delivered video to more than 135 million viewers during the month, reaching 3out of every 4 online video viewers at an average of 96 videos per viewer.

Internet users watched a total of 31.2 billion videos in March, with Google sites ranking as the top video property with 13.1 billion videos, representing 41.8 percent of all videos viewed online. 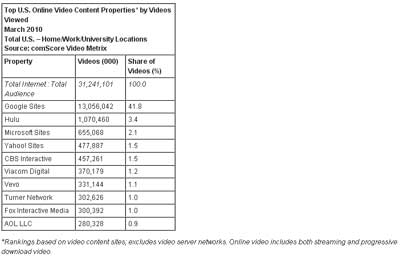 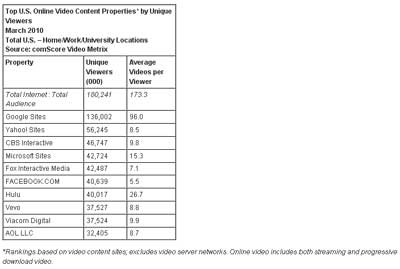