Casey Anthony reached a settlement with search and rescue organization, Texas EquuSearch last Friday. The organization said it spent over $100, 000 in an attempt to find her missing daughter.

Anthony is the Florida mother acquitted in 2011 of the murder of her 2-year-old daughter, Caylee Marie. The nationally televised court trial leading up to her acquittal, engrossed Americans for nearly three years. Anthony lied to investigators in 2008 when she told them that Caylee was kidnapped, when, in fact, Caylee had drowned at home in the family pool. Though Anthony was set free, jurors found her guilty of a lesser charge of giving false information to law enforcement. 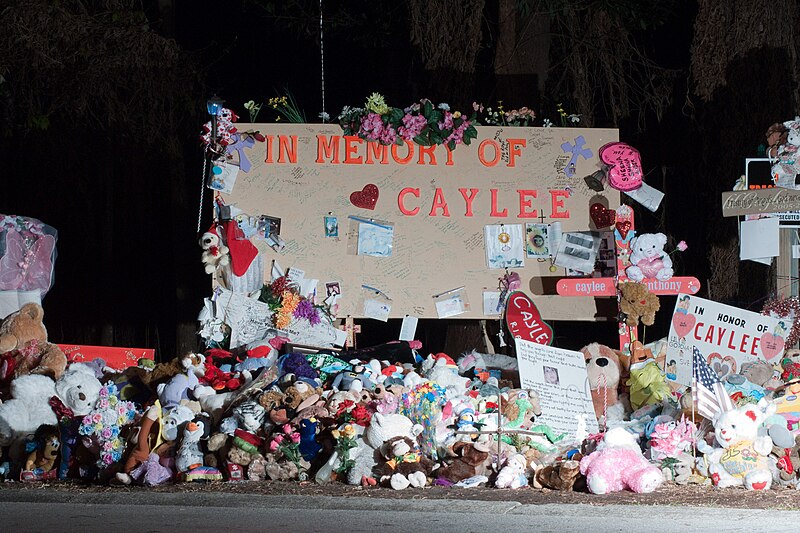 Caylee’s body was found six months after her death. She was duct-taped and discarded in a wooded area near by her mother’s home.

When Caylee went missing in 2008, Texas EquuSearch put together a huge rescue operation to find her. They claimed to have spent about $100, 000 in the search, which resulted in their using up much of their financial resources. All the while, Anthony, knew the truth.

On Monday Marc Wites, Texas EquuSearch lawyer, said his client decided not to go to trial with the case. Instead, Anthony reached a settlement allowing Texas EquuSearch to be named as a creditor to an unsecured sum of $75,000. The 26-year-old Anthony, has declared bankruptcy, claiming to have nearly $800, 000 in debt while only having about $1000 in assets.

Anthony’s most valuable asset right now may be the rights to her life story. Bankruptcy trustee Stephen Meininger, wanted to secure some of her potential earnings for Anthony’s creditors but, her lawyers retaliated, saying that such measures were a violation of her constitutional rights.

“Texas EquuSearch’s mission and purpose is to help families and individuals to find their missing loved ones,” said Wites. “That’s the reason they helped the Anthony family in the first place. While they were searching for Caylee, they got calls from other families for help and had to turn them away.”

Wites believes that due to Anthony declaring bankruptcy, it is unlikely that his client will receive any money.

Anthony’s court problems are not over. She still has to deal with a defamation of character lawsuit by a woman named Zenaida Gonzalez. Gonzales was the woman who happened to find Caylee’s body while working as a meter reader. Anthony mislead law enforcement when she pretended that a woman who matched Gonzalez’s description kidnapped her daughter.

What do you think about Casey Anthony’s situation?

Was she just a young mother that made a terrible mistake and deserves a break?

Or does she deserve the problems she continues to face?