3 Trends That Will Change How We Make Payments in 2018

The year 2018 is poised to be an exciting time in the payments industry as new trends and technologies emerge.

The previous year actually witnessed some major changes in how payments were made. Consumers were introduced to new transfer methods and the PSD2 push as the demand for safer, smarter, and faster transactions reached critical mass.

It actually feels like 2017 was just laying the foundation for some significant changes in the payments process, and this year is when all the promised developments will finally come to fruition. To that end, here are three trends that could change how payments are made this year:

Security is even more critical now that more channels have been opened for consumers to pay bills and receive money. Businesses will be paying more attention to cybersecurity, compliance, and fraud prevention in 2018 as any missteps in this area can seriously undermine their business and relationship with their customers.

Due to the massive data breaches that happened in previous years, it’s safe to assume that fraudsters will take advantage of any new personal information they receive about consumers. Because of this, payment tokenization and the rise of “omnichannel tokenization” is expected to become more mainstream this year.

Tokens are unique and their use can be restricted to a particular merchant, device or transaction. This enables merchants to isolate threats and prevent fraud. However, the rise of tokenization would also mean that Token Service Providers will also gain greater importance in payment processes.

Rise in Demand for Chinese Wallets 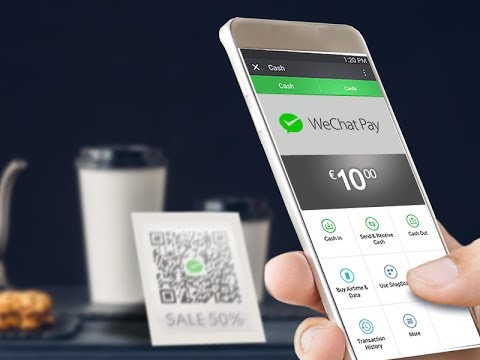 China is slowly making its presence known in the realm of financial technology. Companies like WeChat have already made serious forays in the West in a bid to court more users. China’s social media icon has already rolled out the payment platform WeChat Pay in the UK since last year. It now has plans to put up a headquarters in the country as well. WeChat’s parent company, TenCent, has already established an office in the US as it works to expand its service in the country.

The adoption of Chinese wallets and payment systems is one trend that would definitely stand out this year, as more Chinese tourists and businesses are expected to hit the US and the EU.

Despite a slow start, digital retail wallets are expected to have an upsurge in popularity this year. More and more consumers will use a merchant payment apps to ensure faster purchases while in brick-and-mortar stores. Digital wallets integrating scan-and-go technology will allow shoppers to scan products using their smartphones, checkout in-app and leave the store, thereby doing away with the frustration of dealing with the checkout line. In cases when checkouts are still required, digital wallets can support different payment technologies, like Bluetooth, NFC, or QR Codes.

Retailers can also use digital wallets to improve customer relationships and provide meaningful value-added services. The majority of consumers are motivated by VAS, but the challenges of redeeming points or activating coupons can be daunting, resulting in billions of reward currency remaining dormant or unclaimed. Offering simplified VAS in a retail wallet can help drive sales and improve consumer loyalty.

Consumers can expect a vastly different billing and payment experience in 2018. But whether these changes will come in the form of digital wallets or tokens, the theme will remain the same—being able to pay wherever and whenever you want.

Amazon Sold 'Millions' of Alexa Devices Over the Holidays, Brands Will Need to Focus More on Voice Advertising in 2018