Zynga, the company behind the popular "Farmville" game has launched a new title on Facebook called "FrontierVille."

Zynga describes "FrontierVille" as a Wild West-themed social game that allows users to tame the wilderness, grow a family, and build a frontier town.

Features of "FrontierVille" include multiple avatars on one screen, virtual families allowing users to customize a spouse and raise a virtual family, along with wildlife encounters, varying weather and vegetation growth. 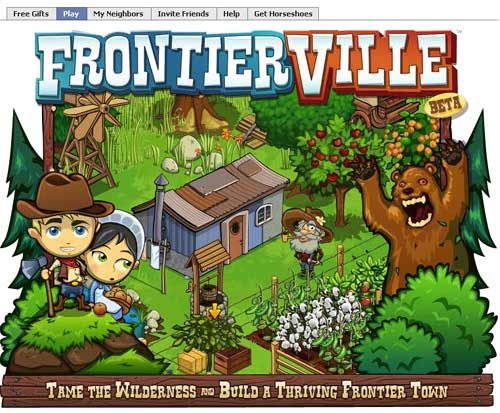 "FrontierVille gives users creative new ways to connect with people around the world while bringing out the pioneering spirit in all of us," said Brian Reynolds, Zynga’s chief game designer who led the development of FrontierVille.

Majority Of Facebook Users Are Fans Of At Least One Company