Manny Anekal, Zynga’s Director of Brand Advertising spoke a little today at SXSW about storytelling through advertising, but emphasized just how big social gaming is.

1 in 5 Americans play lots of Zynga’s games, he says, noting that the company is changing the gaming landscape, and increasing the landscape of the overall gaming experience. In other words, people that didn’t necessarily play many games in the past, are playing them now, thanks to titles like Farmville and Cityville. Zynga’s Cityville, he says, has almost a hundred million users. 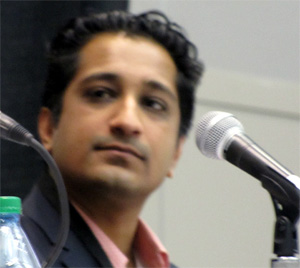 Last year, Anekal says, the average user played 68 minutes per day. This is based on browser time, but even if you cut that number in half, he says, it’s an “enormous amount,” even compared to broadcast television.

The 40 year old mom spents the most amount of time playing these games, and also spends the biggest amount of money, says Anekal.

“She is the new hardcore gamer,” he says.