It seems quite safe to say that YouTube doesn’t like language barriers.  This week, the site introduced support for the Croation, Filipino, Serbian, and Slovak languages, and also detailed some impressive progress it’s made over the past few years.

Also, a post on the YouTube Blog noted, "This brings the grand total of languages we support to 28, a nearly 50% increase since the beginning of 2010.  (And remember: by selecting automated captions on a video, you can experience that video in over 50 languages.)" 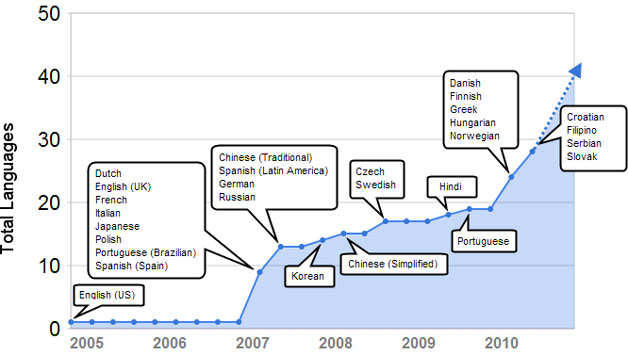 As for the future, the post later continued, "By the end of this year, our goal is to offer the YouTube experience in 40 languages, doubling the number we started with at the top of 2010."

Given that there are only four months remaining in the year, that works out to a new language about every ten days.  Language barriers should fall left and right.