In November, YouTube announced that it had struck a partnership with one of the top Spanish-language broadcast networks in America, Univision. The partnership would see YouTube providing both short clips and full shows from the network. YouTube has now announced the official launch of the Univision channel. 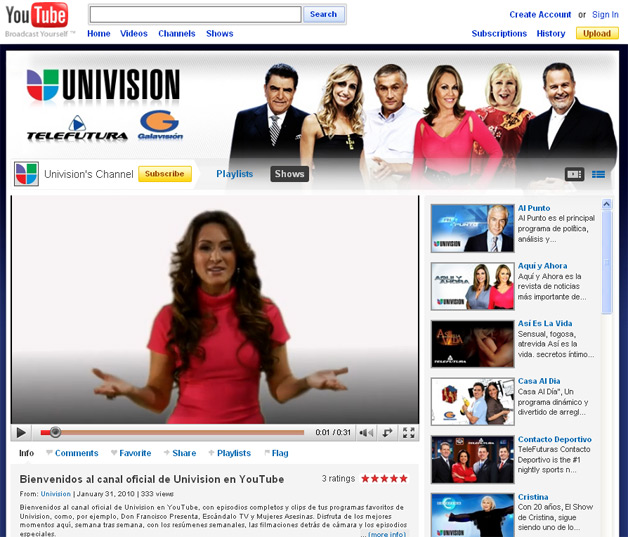 "Some of the most popular shows on the channel include Univision’s morning show Despierta América (Wake-Up America); TeleFutura’s entertainment show Escándalo TV (ShowBiz TV), and Galavisión’s home decorating series Decorando Contigo (Decorating with You), among many others. The Univision channel on YouTube will also premiere weekly show recaps made just for YouTube viewers," says Shanna Preve, Strategic Partnerships at YouTube. "These videos will feature top Univision talent summarizing the best moments from Univision shows in the last week."

The Univision YouTube channel represents the first time Univision programming has been made available on the Internet outside of the network’s own properties (at least legally).

> YouTube Makes Changes to Where Users Spend Most Time