During the month of May 183 million U.S. Internet users watched online video, according to the latest figures from comScore.

YouTube saw record levels of viewing activity during the month with an all-time high of 14.6 billion videos viewed and surpassing 100 videos per viewer for the first time. 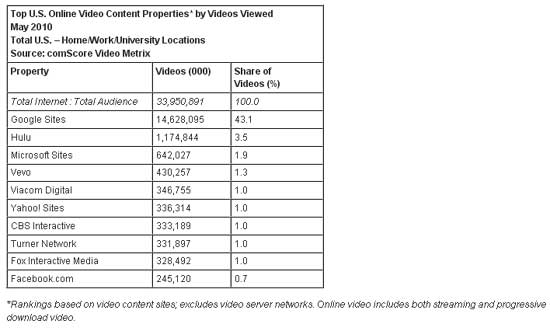 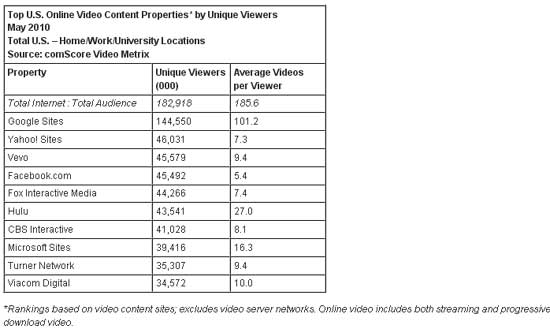 Other highlights from the comScore report include:

*The duration of the average online video was 4.3 minutes.