More than 177 million U.S. Internet users watched video content in June, according to the latest report from comScore.

Google sites had the highest number of overall viewing sessions with 1.8 billion and average time spent per viewer at 261 minutes or 4.3 hours. Hulu also had high viewer engagement with an average of 135 minutes (or 2.2 hours) per viewer. 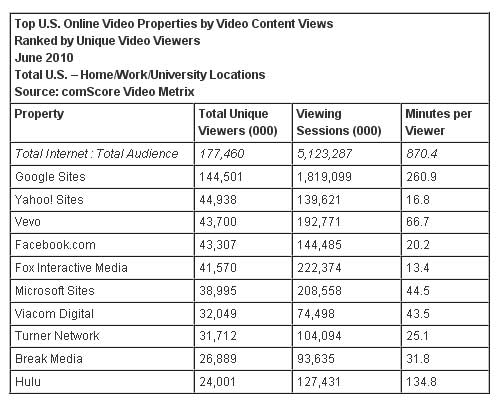 Video ads reached 45 percent of the total U.S. population an average of 31.5 times during the month. Hulu delivered the highest frequency of video ads to its viewers with an average of 24.2 over the course of the month.