"It’s no secret that mobile has been a huge focus for us this year," says Eric Singley, Yelp’s Director of Consumer and Mobile Products. "With over 2.6 million users in the past month, we’ve been developing like crazy on our iPhone and Android applications, and working hard to bring goodies to our other platforms." 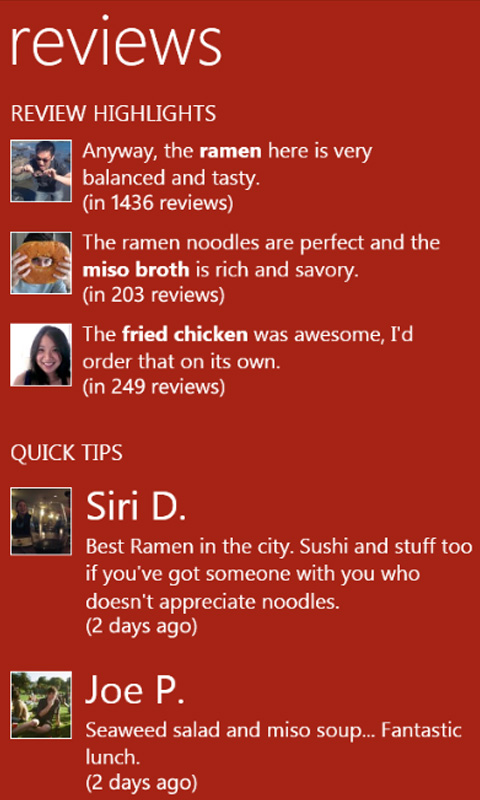 "Couple that with our focus on rolling out Yelp in new countries and today you have an app made in heaven: the 6th member of the Yelp Mobile family, Windows Phone 7!" adds Singley.

As of mid-September, Yelp had over 13 million reviews. Businesses are going to want to pay a significant amount of attention to the conversation around their brand on Yelp. Clearly, the already-popular site is continuing to expand (despite its rocky relationship with Google Places).

Yelp says it will have more features available for Windows Phone app soon.

What apps do you want to see for Windows Phone 7? Tell us in the comments.

News Corp. On MySpace: "Current Losses Are Not Acceptable"