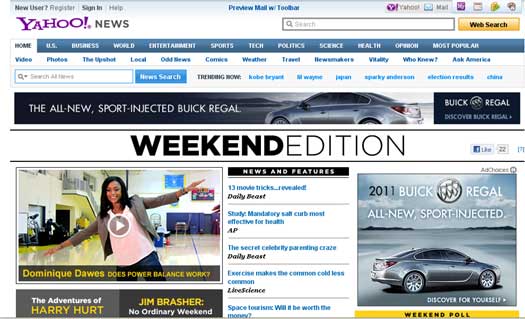 Dominique Dawes, a three-time Olympic gymnast who contributed to Yahoo! Sports as an analyst and correspondent from the Olympic Games in China and Vancouver

Harry Hurt, a journalist and author who is behind the Executive Pursuits column in The New York Times, for which he hosted online videos

Jim Brasher, host of the new series "Way of Life" that will air on The Discovery Channel’s international outlets