At the recently completed E3 gaming conference, it was Nintendo that focused on new hardware. They announced their Wii U next-gen console that will boast full HD capabilities, a super fast processor and a touch-screen controller. Microsoft’s keynote at the event focused on the Kinect and on upcoming game titles, with no mention of any successor to the their top-selling Xbox 360.

Although Microsoft has said that the 360 is only halfway through its life-cycle, we may be getting a new console sooner than we think. 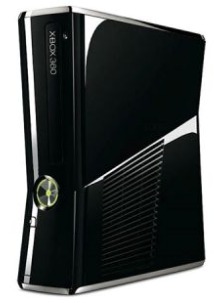 Based on information from a “high-ranking industry source” at video game and engine developers Crytek, Microsoft will reveal their next-gen console in 2012, likely at E3.

VideoGamer reports that the Crytek source says that they are “investing resources” into both Microsoft’s next-gen console and Sony’s, but they expect Microsoft to reveal their hardware sooner.

How does Crytek know this? The company, who is behind hits like Crysis, is apparently using their CryEngine 3 to produce TimeSplitters 4 (omg, a new TimeSplitters!), specifically for the next Xbox console. The next-gen Xbox is colloquially called the 720 in the same way that people refer to the upcoming PlayStation console as the PS4. It’s highly unlikely that it will actually be called the 720, but who knows? (I mean, who could’ve guess the Wii U?)

Said to be part of the new hardware is Microsoft’s DirectX 11, which sports Tessellation, multithreaded rendering and compute shaders. This is said to have a “huge impact” on the graphics. There aren’t any other details on other specifications yet.

Another hint that new hardware is in the works came in the form of job postings a few months ago. WinRumors found some postings on LinkedIn from the Xbox Console Architecture Team looking for a graphics hardware architect, and performance architect, and a hardware verification engineer.

Microsoft doesn’t really have any reason to rush out a new console. The Xbox 360 is doing just fine. It’s the top selling console in the U.S. and is the only console in recent history to post sales growth entering its 6th year on the market. They have sold over 55 million 360s in over 38 countries worldwide.