Windows Phone 7 Devices Available in the U.S. How Will They Sell?

Windows Phone 7 devices went on sale in the United States today with models available in AT&T and T-Mobile, stores.

Microsoft is sharing results from a Harris Interactive survey to help push its new operating system. The thinking is that Windows phones are "designed to get users in, out and back to life."

"Although consumers love their phones, there is growing annoyance with the distracted behaviors people exhibit while their heads are buried in their phones," the company says. "Most U.S. adults indicate they have witnessed examples of bad mobile phone behavior, yet relatively few have admitted to engaging in such behavior themselves."

Here are some of the findings they’re sharing: 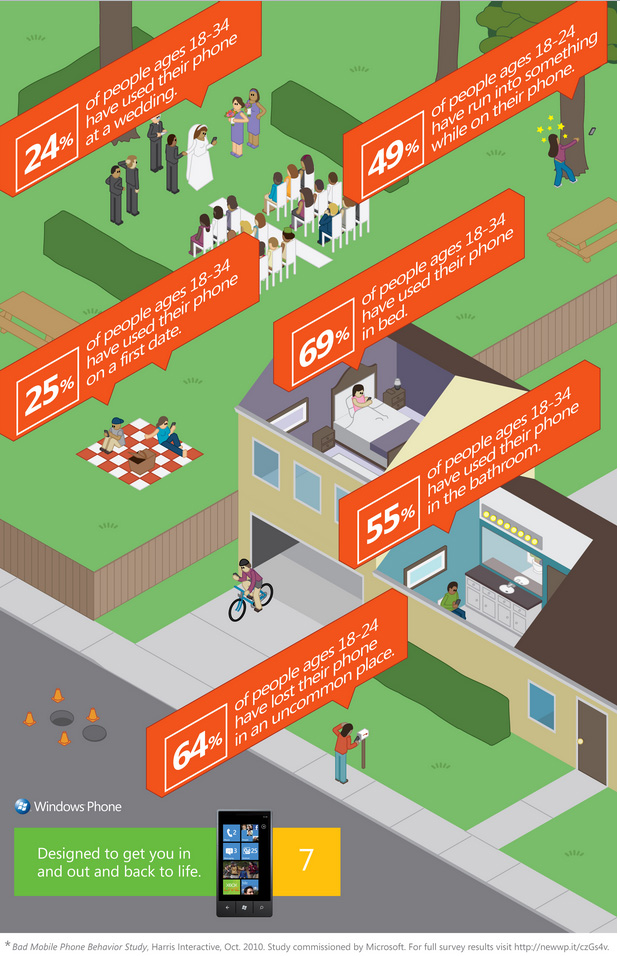 Currently available models from AT&T include the Samsung Focus and HTC Surround. The HTC HD7 is available from T-Mobile. AT&T is also taking pre-orders for the LG Quantum. The Dell Venue Pro is in the pipeline as well.

The available phones are each priced around $200 with new carrier contracts.

Now, let’s see how well these bad boys sell, and what impact they have on Bing use. This will be something to keep a close eye on in the search industry.

Is This the Web Browser Experience People Want?