Will The Web Do for TV What It’s Done For Print?

TV is going through a revolution right now. That’s going to be felt more on a mainstream level over the next couple years. Connected TVs and TV-related devices are coming out faster than ever, with major offerings from Apple and Google leading the charge.

Do you have a connected TV or device? If not, do you intend to get one? Let us know.

People and businesses who wish to establish large viewerships are going to want to get on as many web channels as possible. YouTube’s obviously the big one, but it’s not the only one. Do some exploring and find new places where your videos can be seen.  Blip.tv, for example, will let you upload a video, and create iPhone, iPad, and Flash versions for you. You can hit a button and it goes to YouTube, Yahoo Video, Facebook, Twitter, etc.

Social media and blogs will play a huge role. Make sure your videos are embeddable. Garfield recommends building a community before you put your videos out there. You can do this through Twitter, Facebook, and email. Share your stuff with your friends and followers, and if it’s good, they’ll share it with their own, and it can spread from there.

Garfield says a lot of people think they have to hire a crew, get expensive software, etc., but often times, they can just use cameras they already have. A lot of phones these days take pretty good video. The real key is in the passion. If you’re passionate enough about what you’re doing building an audience might be easier than you think.

As far as businesses specifically, videos can help humanize your business. You can use video to show poeple how you’re different from your competitors. You can show off your place of business, your team, etc. It just helps customers get to know you, and that can help create a positive reputation in their minds.

Here’s the interview with Garfield:

Ramifications for the TV Industry?

So far, the web hasn’t had quite the impact on TV as it has on print. Sometimes it’s simply more comfortable and convenient to read from a computer or a phone than it is to watch movies or television programming. That’s because a lot of people don’t have connected TVs or set-ups enabling them to watch  online video from their televisions. Obviously, that’s on its way to changing. I think it’s safe to say we’re going to see increased adoption of such devices, making watching online programming more convenient and more enticing to more people than ever.

As that happens, one has to wonder if we’re not going to see a similar trend to what we have seen with print (or music for that matter).  With so many more options available, people will look more and more beyond what the major networks are offering, and what the cable/satellite providers are providing. 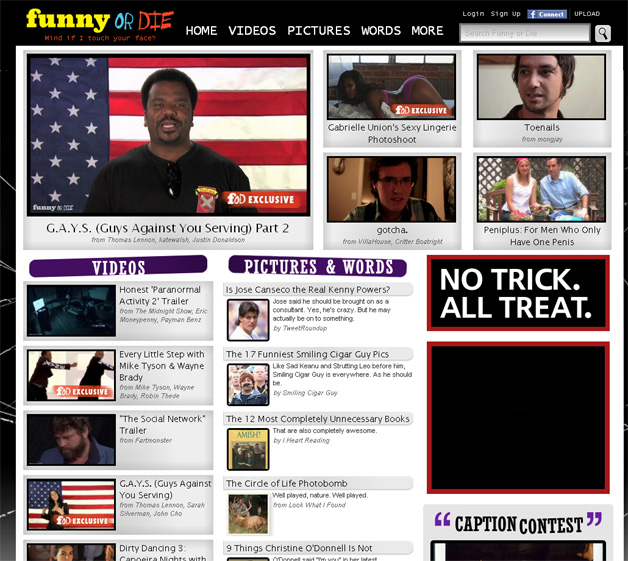 With the entire web on TV, the number of channels you get simply becomes unlimited. It also means that unedited and commercial free content increases. As more people watch online video, more producers will create more high quality content, because they know they can find an audience. It’s going to be a snowball effect.

Marketing in general will be easier and better than ever thanks to various forms of online marketing – search, social media, email, etc. Imagine a new web show starring Justin Bieber. Such a show could find a massive, targeted audience without spending  a dime on marketing. Bieber could simply tweet about it and his entire audience would know about it. Plus, they would spread the word to their friends.

It seems clear that we are just gearing up for a powerful change in TV, and it’s going to be great for viewers and for businesses.