Update 4: Google has reportedly now teamed up with the National Security Agency to analyze the attack and try to better defend against such attacks in the future.

Update 3: The Chinese government has reportedly denied that it had any involvement in the much publicized cyber attacks against Google and other companies. AFP provides the following quotes:

The "accusation that the Chinese government participated in (any) cyberattack, either in an explicit or inexplicit way, is groundless and aims to denigrate China," an unnamed spokesman for the Ministry of Industry and Information Technology told state news agency Xinhua.

"We are firmly opposed to that," the spokesman said…

Update 2: The Chinese government has reportedly spoken up regarding Secretary of State Hillary Clinton’s speech, regarding China and Google.

CNN quotes a spokesman for China’s Ministry of Foreign Affairs as saying, ""We’re firmly against this statement that goes against truth and damages U.S.-Sino relationship," adding that the Chinese government views the Google case as a "business dispute" that shouldn’t affect relationships between the U.S. and Chinese governments.

Update: In a speech today, Secretary of State Hillary Clinton called upon China to investigate the attacks on Google and the State Department will reportedly file "a formal protest over the complaints."

Original Article: Google may try to continue with operations in China, even if it shuts its search engine down due to censorship. You must remember that Google is much, much more than just a search engine, and the censoring search results doesn’t necessarily come into play in all other aspects of its business.

According to the New York Times, Google will be holding talks with Chinese government officials soon, which will likely determine the fate of Google’s operations in the country, and to what (if any) extent those operations will continue to exist.

"In most countries, Google draws the majority of its revenue from ads that appear on its search engine, but the No. 1 source of revenue in China comes from ads that Chinese companies place on Google’s sites in the United States," reports Miguel Helft with the Times. "A person knowledgeable about Google’s business in China said ads that run on a network of Chinese Web sites are the company’s second-largest source of revenue in the country. Google can retain both of those if it is allowed to keep a sales force and advertising network there." 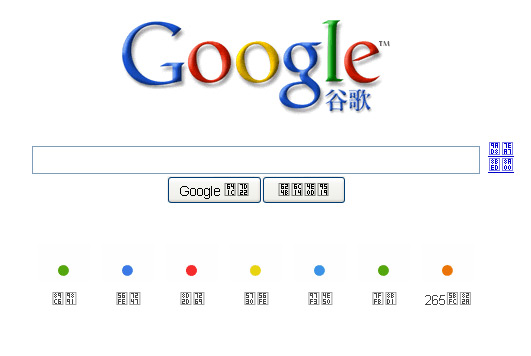 The question is, is the Google China situation going to be an all or nothing scenario? We will probably know soon enough if said talks get underway (according to the Times they will be in the coming days and weeks).

On a related note, the Wall Street Journal has spotted that Google is showing ads on search Google+Leaves+China”>results related to the situation that point to the company’s official blog post that announced its decision to stop censoring search results in China. I guess that’s the best way to make sure the true source turns up no matter what combination of related keywords are used to search for information on the matter (I wonder what that says about the SEO vs PPC debate)?

On yet another related note, security Vendor F-Secure says that the cyber attacks that kicked this whole thing into motion are now targeting United States defense contractors ( Via NetworkWorld). The firm says malicious PDFs under the guise of official Department of Defense documents were sent to them.