The speculation surrounding Nintendo’s new console is over as the company unveiled the new device, entitled the Wii U, at their E3 keynote today.

It turns out not to be the Wii 2, or “Project Cafe” or even simply “Nintendo” as some speculated. The Wii U looks to bring HD gaming to Nintendo staples while sticking true to its motion play roots.

The huge innovation that comes with the Wii U is the touchscreen controller. It pretty much looks like we speculated, with a large screen and built in front-facing camera. 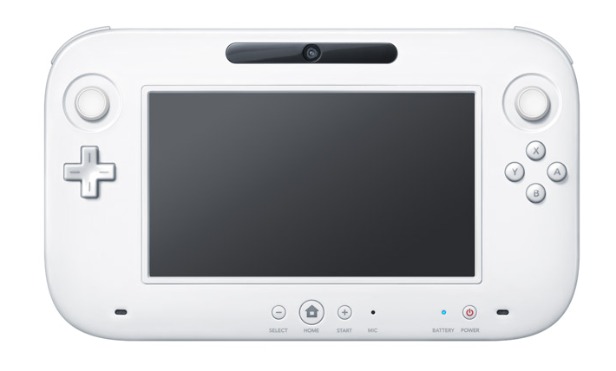 Here are some specs of the console and controller, from the Nintendo E3 site:

The controller can be used as a standalone gaming device or in congruence with a larger TV, though the latter is the preferred method of play. For instance, a game being broadcast on the TV screen can be fully transferred to the handheld screen mid-play. 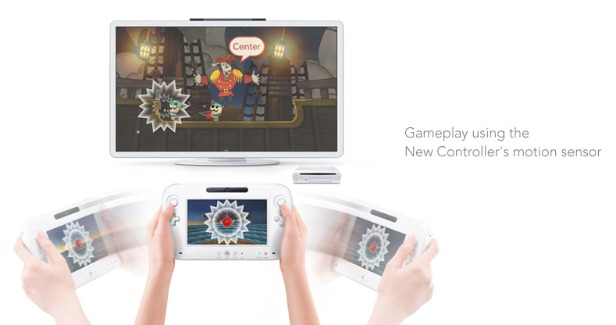 Nintendo announced some titles that will be coming out for the Wii U, including Batman Arkham City, Assassin’s Creed, Tekken, Ninja Gaiden 3, and Ghost Recon Online. One that has been rumored for some time that was also announced is Lego City Stories.

Also available on the 3DS, Lego City Stories is a continuation of the very popular Lego games featuring plots from Batman, Star Wars and Indiana Jones. It is described as an “open world game packed with action, humor, and a city full of LEGO vehicles coming exclusively to Wii U and 3DS.” Sounds like Grand Theft Auto: Lego to me. Maybe with less prostitute killing, however. (Maybe not?) Image courtesy of the Lego wiki: 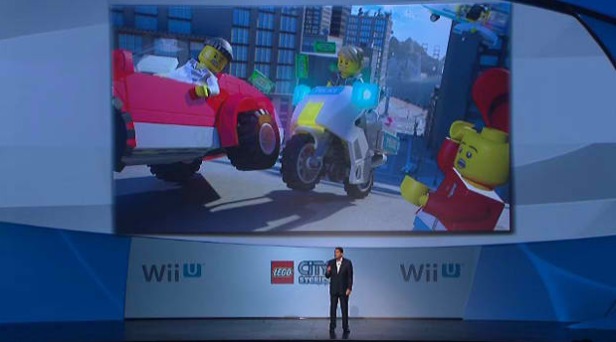 The Wii U will be released sometime in 2012.