Would You Pay for Twitter if You Had to?

Update: It appears there are some people out there that would pay to use Twitter if they had to. MG Siegler points to a survey from film critic Roger Ebert who would pay for Twitter, along with about 20% of his followers. Make of that what you will.

Original Article: The USC Annenberg School for Communication & Journalism has released a study (pdf) this week looking at the impact the web has on Americans, and among the nearly 200 issues explored is that of paying for online services and content.

Believe it or not, most don’t want to pay. For example, the study found that 49% of respondents have used free micro-blogs like Twitter, but "zero percent" said they would be willing to pay to use them.

Would you pay to use Twitter if it charged a fee? Let us know. 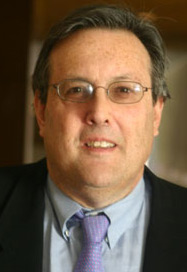 "Such an extreme finding that produced a zero response underscores the difficulty of getting Internet users to pay for anything that they already receive for free," said Jeffrey I. Cole, director of the Center for the Digital Future at the school.

"Twitter has no plans to charge its users, but this result illustrates, beyond any doubt, the tremendous problem of transforming free users into paying users," added Cole. "Online providers face major challenges to get customers to pay for services they now receive for free."

Obviously this is an obstacle some newspaper publishers are hoping to overcome. Last week, reports surfaced that News Corp’s The Times’ site visits fell to a third of what they were when it began requiring users to pay.

"Internet users can obtain content in three ways: they can steal it, or pay for it, or accept advertising on the Web pages they view," said Cole. "Users express strong negative views about online advertising, but they still prefer seeing ads as an alternative to paying for content. Consumers really want free content without advertising, but ultimately they understand that content has to be paid for — one way or another."

WikiLeaks has also shown how far the web can go when it comes to free, important content. By making over 90,000 Afghanistan war-related documents available to the public, readers are treated to an escalating plethora of free analysis to choose from (not to mention the raw source material).

What content is worth paying for? Tell us what you think.