What the OExchange Protocol Means for Site Owners

This week a new open protocol to simplify sharing, called OExchange was introduced. It was released by Clearspring Technologies, with support from Google, Microsoft, and LinkedIn. We talked with Google’s Open Web advocate Chris Messina about how the protocol can benefit site owners and businesses.

First, to get an idea of what OExhcange is about, the announcement sums it up this way:

The Social Web consists of a diverse and ever growing eco-system of services that enable you to share with your friends, blog, like, translate, e-mail, save for later and more. By providing access to these services to their readers, publishers maximize distribution of their content leading to increased monetization opportunities. However, because every service speaks a different language or has a different integration scheme, providing access to all these services is difficult. OExchange solves this problem by defining an open protocol for third party sharing tools to discover and send content to these services.

"There are a couple different ways to look at this as a website owner," Messina tells WebProNews. "If you already use a sharing service like AddToAny, ShareThis, or AddThis, you might not notice much difference. However, OExchange makes it easier for those service providers to support less well-known sharing services. As such, that means that site owners may see a boost in attention from a wider audience than before."

"Additionally, if you don’t use one of those services but instead manually host sharing buttons on your site, OExchange will make it easier to integrate sharing services that support the protocol, keeping integration and development costs down," he adds. "From the opposite perspective, if a business lets people share content into their site and they adopt OExchange, then it would be easier for other sites to point shared content at them." 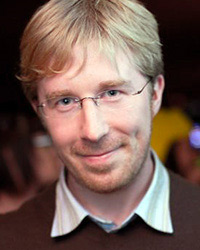 We asked Messina how the protocol would increase the shareability of content. "Rather than ‘increasing the shareability of content’, OExchange simply makes it easier to personalize sharing interfaces and integrate with less well-known services," he responded. "However, because this may give rise to a long-tail of sharing providers, it’s possible that content will be shared across a wider and more diverse audience than before."

As Messina explained on a post on Google’s Social Web blog this week, the Google Buzz sharing API (which powers the Google Buzz Buttons) has supported the basic model of OExchange since it was first released.

"To put this into perspective, the goal of OExchange is to lower the overhead of integrating with social sharing services," says Messina. "So, rather than having to investigate and learn about a bunch of different sharing protocols and APIs, you should only need to learn about OExchange to cover a large number of services."

"Of course the benefits of any open protocol or technology really only offers dividends when it becomes widely adopted by many providers, which is why Google is keen to support this emerging technology by helping to develop and improve it," he concludes.

Google Gives In To European Regulators