To answer the question above; no, a majority of court cases aren’t tainted by the use of social media. According to a survey (PDF) which asked 508 judges various questions regarding juries and their use of social media services. It should be noted that the questionnaire was given to 952 judges, with only the 508 responding. So the results aren’t 100% clear, but still provide us an interesting glimpse into how judges respond to social media being used in cases they’re presiding over.

First, the most important question – Have Jurors Used Social Media During Trial or Deliberation? Interestingly enough, only 5.9% of judges questioned said they have dealt with the problem.

So, when the judges did discover social media being used – what were the juries’ platform of choice? (Note: Some of the Google+ answers were made by judges who thought the response was simply ‘Google’) 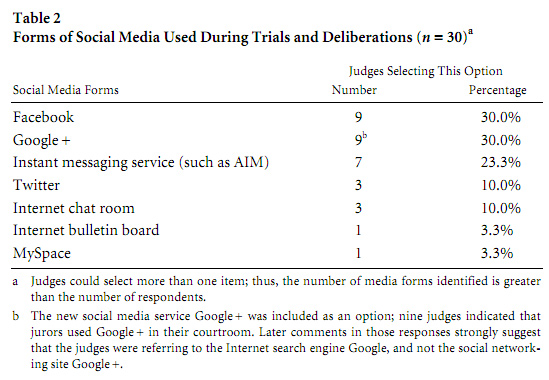 The most interesting question I thought, was asking in what way jurors used social media. I thought the number of people who tried to communicate with participants in the case was too high. Common sense, folks? 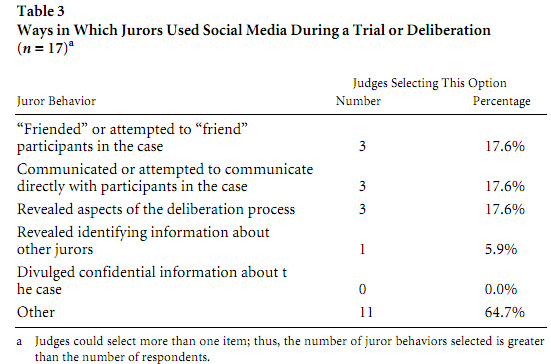 After discovering the use of social media, most of the judges didn’t play around and either cautioned the juror or threw them off the case entirely. Which was probably alright with them, because it would give them more time to message their friends on Facebook anyway. 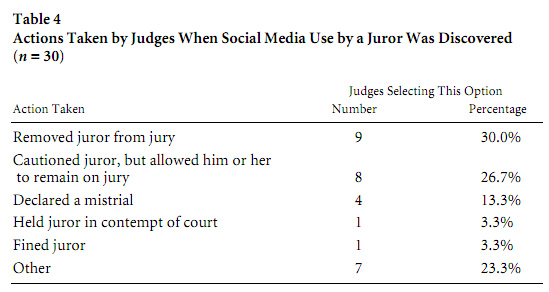 The report goes on to list further data, and if you’re interested you can find it all in the PDF file linked above. I thought this report was interesting, and I was pleased that so little judges ran into social media problems. Some things just don’t need to be in your Facebook or Twitter feed.

Fleshlight iPad Case Is Real And In Development