Twitter is expected to launch an ad platform this month (some have speculated this will happen at SXSW). While this hasn’t been confirmed, the industry has been waiting for quite some time to Twitter to launch such a monetization model.

That’s not to say the industry has been sitting on its hands as it’s waited. Third-parties have taken it upon themselves to offer services for Twitter, that Twitter itself doesn’t offer. That includes apps of course, but it also includes Twitter ads. 140 Proof is one such company, and it calls itself the "first scalable ad solution built exclusively for Twitter." 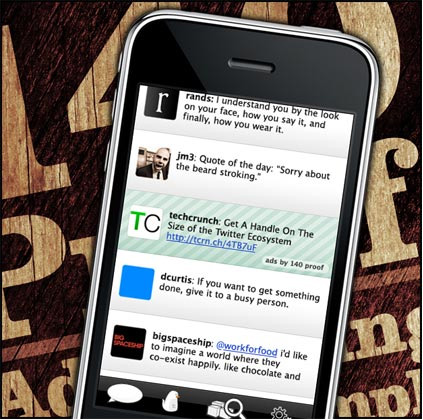 "The Proof network aggregates the Twitter client and application ecosystem (roughly 100+ million Twitters users) and then segments users into a dynamic audience that advertisers can buy the same way they buy keyword advertising," a representative for the company tells WebProNews. "Advertisers are excited to final have a mechanism for extended their conversations on the Twitter social network and the Twitter ecosystem is eager to have a targeted, non-obtrusive advertising solution that allows them to monetize their applications while still respecting  the ethos of the Twitter community."

The 140 Proof Network features hundreds of advertisers, who the company says are reaching their target markets on Twitter. "Some are large well know brand names that everyone is familiar with and some are small businesses that are trying build their presence on Twitter or advertise in a very local or targeted manner," the rep says.

We asked the company if they think Twitter’s ad platform has a chance to damage businesses like theirs and others that have been making a business based on sponsored tweeting (Sponsored Tweets from Izea comes to mind).

"We welcome Twitter to the advertising world," the rep tell us. "Clearly we think that their entrance in the marketplace is a great validation of what we are doing, but we also believe that the market is large enough to support many major players. Further, we feel that our experienced advertising and engineering team, our advantage of being fully operational for months, and our patented, proprietary technology will give us an advantage over all competitors."

Quite a display of confidence from 140 Proof – an advantage over Twitter at Twitter ads? What do you think?