What Google Looks for in a Town for its Broadband Project

As previously reported, Google is planning to build and test "ultra high-speed" broadband networks in select communities around the U.S. We contacted Google to try and find out a bit more about what criteria Google is looking for to make its selections for these trial locations.

"Above all, we’re interested in deploying our network efficiently and quickly, and are hoping to identify interested community partners that will work with us to achieve this goal," Minnie Ingersoll, product manager on Google’s alternative access team tells WebProNews.

"To that end, we’ll use our RFI [Request for Information] to identify interested communities and to assess local factors that will impact the efficiency and speed of our deployment, such as the level of community support, local resources, weather conditions, approved construction methods and local regulatory issues, says Ingersoll. "We will also take into account broadband availability and speeds that are already offered to users within a community."

"The RFI is a first step – we plan to consult with local government organizations, as well as conduct site visits and meet with local officials, before announcing our final decisions, says Ingersoll.

Google also pointed out to us that there are already a number of Facebook Groups popping up, based on communities looking to be chosen for Google’s project. The very fact that Google pointed them out means they must be paying attention. 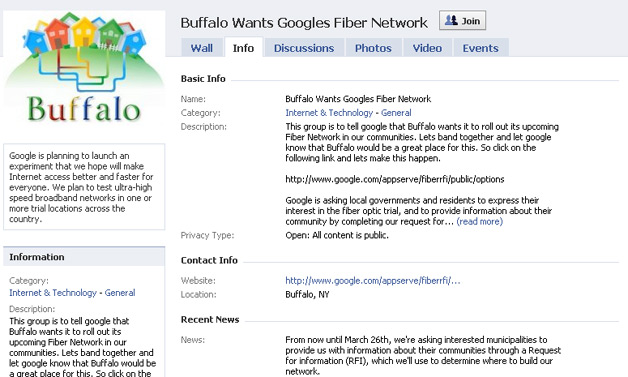 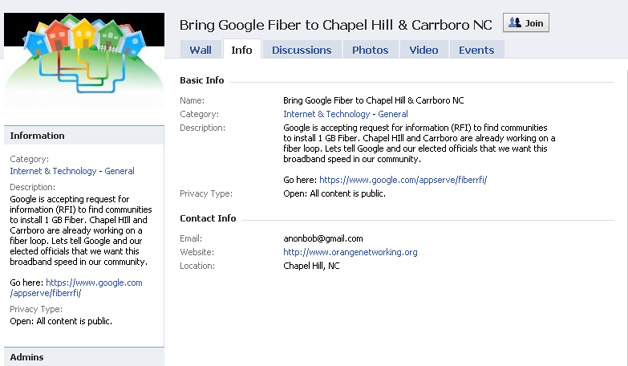 A number of organizations from the FCC to the Open Internet Coalition have weighed in on Google’s plans. "Big broadband creates big opportunities," FCC Chairman Julius Genachowski said in a statement. "This significant trial will provide an American testbed for the next generation of innovative, high-speed Internet apps, devices, and services. The FCC’s National Broadband Plan will build upon such private-sector initiatives and will include recommendations for facilitating and accelerating greater investment in broadband, creating jobs and increasing America’s global competitiveness."

The National Association of Telecommunications Officers and Advisors said it applauds the move, and the Open Internet Coalition says Google’s initiative will spur innovation not only by app developers, but will help create a new field of ISPs that will create and sell new high-speed consumer services over the project. The organization’s Executive Director says  that it will "hopefully inject new life into the extinct third party ISP marketplace."