Not only has the Weinergate scandal had an effect on the American people, the beltway media and obviously Anthony Weiner, but it has apparently had a great effect on Weiner’s fellow members of the U.S. congress. A new report shows that since the Weiner story exploded the weekend of May 27th, House and Senate members have been a little Twitter-shy.

Here’s the quick version of Weinergate: On May 27th, New York Congressman Anthony Weiner’s Twitter account sent an @ message to a young Seattle woman containing a lewd picture of a penis. Although the tweet was quickly removed, conservative blogger Andrew Breitbart’s site Big Government published a story containing the image, which had been captured.

Weiner at first denied that he sent the tweet, saying that his account had been hacked. On Monday, he scheduled a press conference and admitted that he had in fact sent the tweet and that it was part of a pattern of inappropriate virtual communications with multiple women. Since then, many of his alleged cyber-mistresses have come out, describing their online affairs with the congressman and providing Twitter, Facebook and email evidence.

Stats coming from TweetCongress and site/app design company IdeaLoop suggest that Weiner’s predicament has made most of Congress bashful when it comes to Twitter – both Republicans and Democrats.

According to the stats, Tweet volume from Republicans shot down 27% in the week following the weekend scandal. Democratic Tweet volume went down 29%. What are the two lowest Tweet volume days for both Repubs and Democrats? May 30th, the Monday after the scandal broke and June 6th, the day Weiner admitted everything.

Either U.S. Congress members just coincidentally didn’t have anything to say the past 10 days, or some of them are a little scared of all the scrutiny surrounding Tweets right now.

Another interesting thing revealed in these stats – a lot of our legislators don’t Tweet. There are 232 active Republican members and 168 active Democratic members of the service. And when you add the House to the Senate, it equals 535 total members of the legislative branch. That means that about 25% of them are not active Twitter users. What gives?

As far as the Weinergate scandal goes currently, a new lewd photograph supposedly of Weiner has been leaked. Breitbart, who originally said he would not release this particular photo because it was extremely graphic, appeared on the Opie and Anthony radio show this week. He claims that they leaked the photo, which shows a nude erect penis, without his permission:

But during the interview, they asked me if they could see it. I said, “Well, make sure you don’t show it to anyone.” And Jim Norton said, “There aren’t any cameras here.” And so I felt very comfortable that nothing, you know, bad would happen with it. And next thing I know, I found out that they surreptitiously recorded it and tweeted it on the Internet. And they’ve subsequently said — admitted that they did so without my permission.

Talk about your strange sex scandal – the one where no sex actually occurred. I guess social media really is changing everything, even the sleazy world of political scandals. 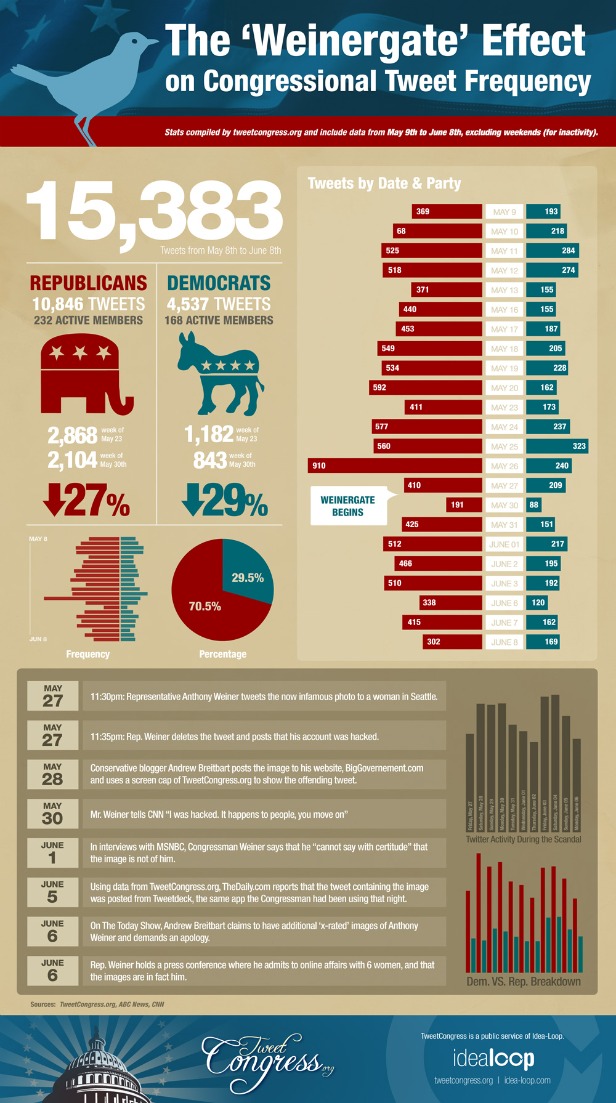 >>> Find all WebProNews coverage of Andrew Breitbart here … updated live. You can also subscribe to the Andrew Breitbart RSS feed to get notified of new articles related to the late conservative blogger.