The inventor of the web is not thrilled with the current state of his creation or the direction it’s taking. Tim Berners-Lee has released a new report at Scientific American, entitled Long Live the Web: A Call for Continued Open Standards and Neutrality, with the subtitle: "The Web is critical not merely to the digital revolution but to our continued prosperity—and even our liberty. Like democracy itself, it needs defending."

His sentiments are reflected by open standards advocates everywhere, and those that appear to be diminishing the principles Berners-Lee and the like stand for are among some of the biggest players on the web.

Berners-Lee calls out social networks like Facebook, LinkedIn and Friendster for closing off data, as well as wireless providers and governments for hindering progress. "Large social-networking sites are walling off information posted by their users from the rest of the Web," he says. "Wireless Internet providers are being tempted to slow traffic to sites with which they have not made deals. Governments—totalitarian and democratic alike—are monitoring people’s online habits, endangering important human rights." 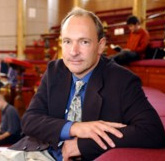 "If we, the Web’s users, allow these and other trends to proceed unchecked, the Web could be broken into fragmented islands. We could lose the freedom to connect with whichever Web sites we want," he adds. "The ill effects could extend to smartphones and pads, which are also portals to the extensive information that the Web provides."

"Several threats to the Web’s universality have arisen recently," he later adds. "Cable television companies that sell Internet connectivity are considering whether to limit their Internet users to downloading only the company’s mix of entertainment. Social-networking sites present a different kind of problem. Facebook, LinkedIn, Friendster and others typically provide value by capturing information as you enter it: your birthday, your e-mail address, your likes, and links indicating who is friends with whom and who is in which photograph. The sites assemble these bits of data into brilliant databases and reuse the information to provide value-added service—but only within their sites. Once you enter your data into one of these services, you cannot easily use them on another site. Each site is a silo, walled off from the others. Yes, your site’s pages are on the Web, but your data are not. You can access a Web page about a list of people you have created in one site, but you cannot send that list, or items from it, to another site."

Google and Apple are a couple more major companies that fail to escape Berners-Lee’s criticism. He calls out Apple for making iTunes a walled garden and Google’s joint proposal with Verizion, suggesting that wireless should be treated differently than wired, when it comes to net neutrality.

He also says it’s "disturbing" that magazine publishers are turning to smartphone apps rather than web apps, because these too are closed off from the web itself.

Interestingly, Berners-Lee cites web giant Amazon as more of an example of what can be accomplished because of open standards, noting that they were able to grow into the powerhouse they’ve become as a result of access to free, basic web technologies and standards. He also mentions Craigslist and Wikipedia as positive examples.

Berners-Lee’s six-page report is an interesting look at the direction the web has taken after 20 years, from the guy that’s been there every step of the way. While much of his assessment is indeed a bit dark, there is some optimism sprinkled throughout. He admits that it is an "exciting time", and calls upon developers, businesses, governments, and citizens to work together to shape where the web goes from here.

With some of the "closed" entities taking up such an exceedingly substantial amount of web user attention, however (not to mention the other powerful elements in play like the wireless/cable companies’ practices) it’s hard to imagine the direction changing drastically anytime soon.

Facebook is reportedly accounting for about a quarter of all page views in the U.S. and it’s starting to push itself as users’ entry point to the web at large, while simultaneously moving to become users’ main entry point of communication (and likely payments in the not-too-distant future).

Is Berners-Lee’s web doomed to become just an important part of history? An important step in the evolution of technology and communication? Can it survive on any mainstream level with all of these forces seemingly working against it while using it at the same time?

Let us know what you think.