With a built-in audience of millions of hypochondriacs, health information services site WebMD has posted a Q1 earnings report that was slighly better than analyst projections. WebMD, which also hosts information on pet health, posted a revenue of $106.9 million, which was expected, though lost 14 cents per share, a little less than the projected $0.17 loss.

A 2011 Pew study has shown that 80% of internet users in the U.S. look up health information online. The demographics that are most interested in sites like WebMD include caregivers, women, whites, younger adults, and adults with at least some college education. Below is a list of some medical search trends: 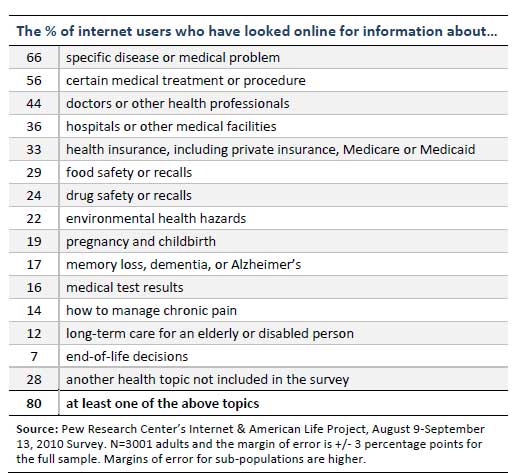 Interestingly, the majority of the users polled utilize the service to confirm their self-diagnoses, and roughly two-thirds of which go on to look up a doctor.