A total of 171 million U.S. Internet users watched online video in January for an average of 14.5 hours per viewer, according to the latest report from comScore. 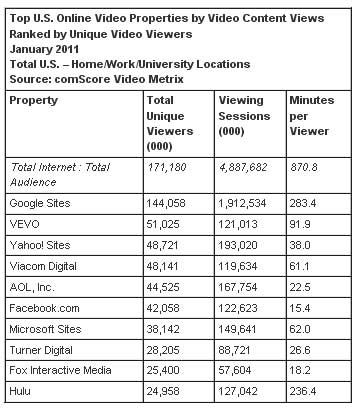 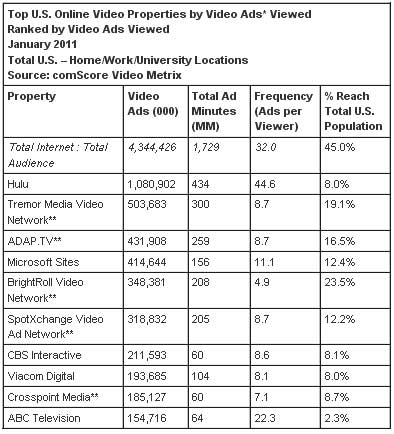 Other findings from comScore in January include:

*The top video ad networks in terms of their potential reach of the total U.S. population were: Tremor Media at 46.8 percent, BrightRoll Video Network at 41.9 percent and Break Media at 40.7 percent.