Online music video service, Vevo, was the most visited U.S. website in the entertainment-music category in December with more than 35 million unique visitors, according to comScore.

Vevo says its top ranking is an achievement because it did not launch until December 8 and it was not live for the full month of December, which comScore bases its results.

"The Vevo Network, which is still in its infancy, has debuted at the top of the comScore rankings for unique visitors across the Entertainment-Music category in the U.S.," said Rio Caraeff (President and CEO, Vevo). 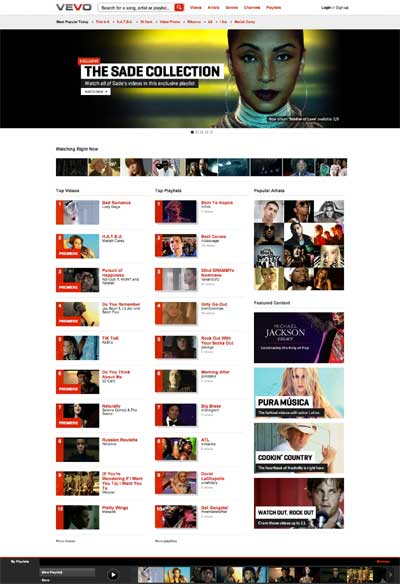 "The interest and enthusiasm our users have shown has been both gratifying and inspiring. We are also proud to deliver such strong traffic results straight out of the gate to our content and marketing partners, which solidify their early belief in the Vevo vision. We listen very closely to all of our partners and fans, and have been incorporating their feedback to continue to improve upon the Vevo experience."