Bug Labs is an interesting little company specializing in modular, open source gear.  The pieces – which may be cameras, LCDs, GPS units, accelerometers, or lots of other things – can then be snapped together to form custom gadgets.  And programming the gadgets is supposed to be painless.  So it’s rather exciting to see Bug Labs and Google linked. 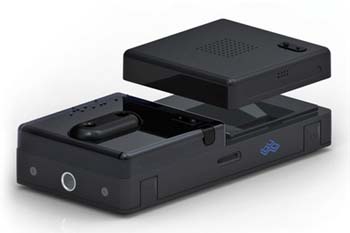 Bug Labs said in a statement, "This is a leap forward for both Bug Labs and Android, as it brings a wide developer community into the open hardware movement.  Current Android applications can be ported directly to the BUG hardware, giving developers a new platform to expand on these apps and add significant functionality through open hardware."

The statement then continued, "Further, Android developers can now build devices that span far beyond typical consumer-focused needs, such as in the healthcare, M2M and telematics industries."

Unfortunately, Bug Labs and Google haven’t seen fit to talk about prices and release dates, so it remains unknown when the BUG 2.0 platform will hit the market, and how accessible it will be to the average developer or tinkerer at that time.

Facebook And Google Get Most Visits During Super Bowl

Use QR Code to Increase Traffic and Sales